Posted by Kathleen Blanchard on August 18, 2008 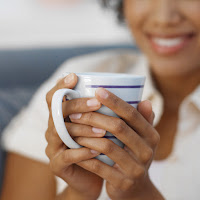 Previous studies have shown that cocoa is simply good for your health. Dark chocolate has many benefits for reducing inflammation in the lining of the blood vessels, scavenging free radicals, and even lowering blood pressure. According to a new study, published online in Neuropsychiatric Disease and Treatment, cocoa again gets good grades - this time for boosting blood flow to the brain. Study participants who were given regular consumption of cocoa were shown to have increased blood flow velocity to the brain by ten-percent after two weeks of cocoa consumption.

Thirty-four healthy adults were evaluated for the study. Harvard medical scientists were able to measure blood flow velocity in the middle cerebral artery of the participants, using transcranial Doppler imaging, or ultrasound. The volunteers were aged 59 to 83. After just one week, blood flow velocity to the brain increased by 8%when compared to those who were not given cocoa.

This is not the first study that has documented the health-perks of cocoa. A study published in the June 3, 2008 issue of the Journal of the American College of Cardiology, led by Dr Jan Balzer (University Hospital RWTH, Aachen, Germany) and colleagues, …” established improvements of endothelial function after regular consumption of flavanol-containing cocoa in patients with type 2 diabetes, highlighting the potential of flavanol-containing diets and underscoring the potential health benefit for reducing the risk of cardiovascular events in diabetic patients."

A Dutch study, published in the Archives of Internal Medicine, Feb. 27, 2006, from Brian Buijsse, MSc, and colleagues, tracked 476 elderly men for fifteen years, focusing on 24 foods that contain cocoa, including chocolate cookies, chocolate bars, chocolate pudding, and cocoa drinks. The researchers observed the participants blood pressure and death, and did not ask anyone to change their diets for the study. The author concluded, "These studies have clearly shown that cocoa lowers blood pressure and improves endothelial function.” The average daily intake of cocoa was 2.11 grams.

Mounting evidence suggests that cocoa’s benefits come from other than its antioxidant effect. The effect of cocoa on endothelial function (blood vessel lining) has been demonstrated in the lab, independent of its antioxidant properties.

Cocoa, native to the Amazon region of South America, is a natural source of nutrition, making it a desirable intervention for better health and disease treatment.