Posted by Kathleen Blanchard on August 14, 2008 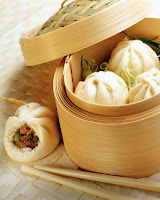 Physically active people with similar caloric intake, who use MSG for food seasoning, are found to be three times as likely to be overweight or obese when compared to those who don’t use MSG, according to a recent study. The findings are published this month in the Obesity journal.

Chinese men and women, ages 40 to 59, studied by researchers at UNC, Chapel Hill and in China, in three rural villages in North and South China, included over 750 subjects - 82% used MSG. Though they did not use commercially prepared foods, the scientists found that those who used the most MSG in their food were three times more likely to be obese than non-users. Since MSG is common in commercially prepared foods, the researchers purposefully chose men and women who prepare their own food in order to measure the effects.

According to Ka He, M.D., assistant professor of nutrition and epidemiology at the UNC School of Public Health, "Animal studies have indicated for years that MSG might be associated with weight gain. Ours is the first study to show a link between MSG use and weight in humans.

MSG is deemed safe by the Food and Drug Administration, though reports of migraine headaches are commonly reported. Other adverse reactions in sensitive people include asthma, heart rhythm disturbances, flushing, chest pain, runny nose, and gastrointestinal symptoms to name a few.

This latest study raises genuine concerns about the use of MSG in foods, especially given the current rates of obesity. "The U.S. Food and Drug Administration and other health organizations around the world have concluded that MSG is safe, says Dr. He, "but the question remains – is it healthy?"

Now we know we should probably back away from the MSG as well as the salt. Read your food labels carefully, and do your best to avoid processed, pre-packaged foods.