Including Fish in Infant Diet Decreases Risk of Eczema - Study

Posted by Kathleen Blanchard on September 27, 2008 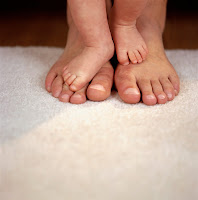 The First issue of Archives of Disease in Childhood reveals the results of a study showing that introducing fish into your child’s diet, before age 9 months, decreases the chances of eczema.

Bernt Alm, from the University of Gothenburg in Gothenburg, Sweden, and colleagues write, "It has been suggested that environmental factors and the introduction of food affect the risk of eczema”, an allergic skin condition that has steadily been on the increase in Western society.

The results were obtained by enrolling infants born in 2003 in Western Sweden, randomly selected via invitation. Questionnaires were provided along with the invitation when the infants reached age 6 months, followed by a second questionnaire at twelve months - 60.2% of the families answered both.
The results showed that 20.9% of the infants developed past or current eczema with the average onset at age four months. Family history of eczema was taken into account as a contributing factor.

The researchers found that prolonged breast feeding and the introduction of milk and eggs into the diet had no effect on the incidence of eczema, but that introducing fish into the diet and having a bird in the home provided benefit for decreasing the risk of developing eczema. Unlike previous studies, the presence of a cat or dog in the home did not provide protection from eczema.

This is not the first study to suggest that fish intake can help prevent eczema in children. A study published in the August 2006 issue of Allergy, by Kull and colleagues, also showed benefits for children who ate fish in the first year of life.

Allergic diseases in children, including asthma and other skin conditions are on the rise, thought to be the result of exposure to even low level air pollution, overuse of antibiotics in the first year of life, lack of animal contact, and lack of exposure to other children.

Research is ongoing, and some studies are conflicting. This new study may shed some light on preventing allergic diseases and asthma in children – prevention is always better that the expense and side effects of medical treatment.