Posted by Kathleen Blanchard on October 16, 2008 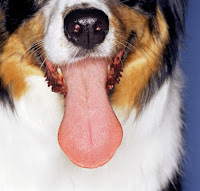 Scientists have found a new job for dogs. Mans best friend is about to take on a new task by donating gene samples to help find out what causes disease in humans. “Dogs get very similar diseases to humans. If you ask a dog owner what sort of conditions their pets get, they will say cancer, allergies, eye diseases”, says Kerstin Lindblad-Toh of Uppsala University in Sweden and the Broad Institute of MIT and Harvard, Cambridge, Massachusetts. The research plans were presented at the European Science Foundation’s 3rd Functional Genomics Conference, held in Innsbruck, Austria, on 1-4 October.

The role of genes in the development of disease has gained much focus. The way our genes interact with proteins can predict our risk for developing challenging health problems, such as cancer. Though complex, scientists are beginning to unravel the genetic mystery that surrounds an individual’s susceptibility to specific illnesses.

At the same conference, Dr. Patrik Kolar, head of the unit for genomics and systems biology in the European Commission’s research directorate explains the importance of focusing on genetics to fight disease. He says genomic medicine is an “important and integral part of our health research programme… an understanding of these basic biological processes has huge potential and real applications for understanding disease, and when you understand disease you can design new drugs.” Kerstin Lindblad-Toh says it will be much easier to find genetic flaws in dogs than in humans.

A European consortium has been set up, called LUPA - twenty veterinary schools, from 12 countries spread across Europe will participate in the undertaking. They plan to work together in collecting 10,000 DNA samples from purebred dogs, comparing healthy animals to those afflicted with the same types of diseases found in humans. The project will take place over a period of four years.

The canine DNA sampling should return a wealth of information from man's best friend about how genes go awry. Once analyzed, the information will provide valuable insight into fighting diseases in humans.

Unpicking the complexity of human diseases

Man's best friend recruited in the hunt for disease genes

Study Finds that Genetics May Determine Mental Response to Exercise