Posted by Kathleen Blanchard on November 17, 2008 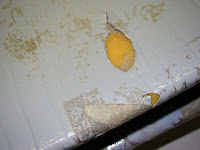 Numerous patients have expressed concern about developing so called “superbug” infections that are resistant to conventional antibiotics. Methicillin-resistant Staphylococcus aureus (MRSA) is one of the common superbugs that patients have contracted after undergoing an MRI scan. The most famous of these cases is that of 15 year old honor roll student Nile Moss, who died from an MRSA infection after an outpatient visit to a hospital where he under went an MRI. After leaving the hospital, Nile developed a high temperature and three days after being admitted to the hospital he died. After hearing of Nile’s death, Senator Elaine Alquist was prompted to sponsor California SB1058, “The MRSA reporting and screening bill”. This bill was recently signed into law by Governor Arnold Schwarzenegger, along with another bill designed to establish more rigorous infection control and training programs in hospitals.

Peter Rothschild M.D., an expert on MRI and author of the landmark paper “Preventing Infection in MRI: Best Practices for Infection Control in and Around MRI Suites,” says, “Infection control has such a low priority in MRI centers, that in the hundreds of MRI suites I have visited, I have never seen a technologist clean the room and pads nor routinely wash their hands between patients, much less have written infection control procedure. Patients have no idea of the total lack of infection control in MRI centers, especially outpatient MRIs. The worst of all are the mobile MRIs which often have not been properly cleaned in years. These mobile MRIs pull up to the back of a doctor’s office or a small community hospital after scanning highly contagious inmates at the local prison.” Dr Rothschild adds, “Remove the sheet that covers the table pads and I promise you will be disgusted by what you see. Pads used on MRIs are torn and frayed and often so contaminated that they smell. These pads should have been replaced years ago, but continue to be used every day without cleaning between patients, and sometimes they are never cleaned at all. I am not surprised that patients are becoming infected with MRSA following MRI scans; the rooms and pads they come in contact with are filthy.”

A recent study from Ireland, confirmed the contamination in MRI suites by culturing the superbug MRSA from the bore of an MRI. This raised great concern from Dr. Rothschild, because this is an area that is rarely, if ever, cleaned, but frequently is in very close contact with patients. “This is the first and only study to date ever to take cultures from an MRI for the presence of superbugs. “I am extremely disappointed that no investigators in the United States have taken on the challenge to culture MRIs and pads for superbugs. Therefore, one has to assume from the limited data and lack of infection control at these centers, that they are a source of deadly MRSA infections and every precaution must be taken for its prevention,” says Dr. Rothschild. “Unfortunately, the solution that most imaging centers have adopted is to ignore the problem and simply cover the torn and contaminated table pads with a clean sheet, thinking that this will somehow protect the patient.”

Dr. Rothschild's experience has been that essentially 100% of the table pads over 2-3years old are torn or frayed. These damaged pads must be discarded since they are impossible to adequately clean due to the sponge-like core being exposed. Even worse, MRSA can penetrate frayed fabric covers that appear intact. Torn and frayed pads are an area that is often overlooked by MRI centers. In response to these concerns, Dr. Rothschild has developed a technique of using a black light to identify biological contamination as well as a magnifying glass to see torn and frayed areas on MRI pads.

“There is nothing in my practice I am more concerned about than my patients developing an infection by a superbug like MRSA, especially after an MRI,” warns Richard Nolan M.D., an orthopedic surgeon. “If a patient begins to develop an infection from their pre-op MRI, any subsequent surgical results could be catastrophic. I have been ordering MRIs for years and have extensive experience with the lack of any semblance of infection control at these MRI centers. That is why I ask to see the center’s infection control policy and make a visit to the center to see for myself, especially the condition of the pads. My motto is ’No infection control policy - no patients.’ Unfortunately, that is the only way I have found to get MRI centers to take this issue seriously.”

“It is only a matter of time before attorneys begin to subpoena MRI centers to obtain the pads for inspection and culturing. What should be of great concern for the MRI center is that from the MRSA culture obtained from their pads or the MRI itself, a DNA “fingerprint” of the MRSA bacteria can be acquired and then genetically matched to the MRSA cultured from an infected patient, leaving no doubt as to the source of the infection,” Dr. Rothschild warns.

Dr. Rothschild states, “We live in a world that is increasingly under siege from extremely aggressive and dangerous bacteria. We as radiologists need to make every effort to ensure that the imaging centers are clean and safe for our patients. There is no excuse for not taking every precaution possible for protecting our patients from these deadly superbugs. Radiologists have for too long ignored the severe threat that these superbugs present to all of our patients and especially immunosuppressed patients. This is dangerous and unacceptable.

Unfortunately, until these MRI centers and the imaging community as a whole take this threat seriously, more patients will contract MRSA after their MRI, and many of them may die from these infections.”

In his recently released white paper, Dr. Rothschild calls for more infectious disease control policies in the industry and more patient education on how to prevent contracting a Superbug infection from their MRI scan.

Dr. Peter Rothschild is considered one of the world's foremost Open MRI experts. He formerly served as Medical Director of the research laboratory at the University of California, San Francisco, where he helped develop the first commercially available Open MRI scanner. He is the editor of the first textbook on Open MRI, authored numerous papers on the subject and is a sought after speaker who lectures on MRI and its future. Dr. Rothschild is a Board Certified Radiologist and served as an Adjunct Assistant Professor of Radiology at the University of California at San Francisco. He earned his MD degree in 1981 from the University of Louisville, in Louisville, Kentucky. He is founder and president of Patient Comfort Systems, Inc., a company dedicated to patient comfort and safety.