Posted by Kathleen Blanchard on January 06, 2009 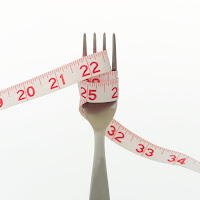 Contrary to popular belief and recommendations, activity may not be as important for weight loss as is diet. Researchers from Loyola University health system and other research centers, comparing African American women in Nigeria with those in metropolitan Chicago, found that the two groups burned the same amount of daily calories during activity, yet the Nigerian women weighed an average of 127 pounds, versus African American women in Chicago, who weighed an average of 184 pounds.

To obtain the results of the study, researchers included 172 African American women from the west side of Chicago and suburban Maywood, and 149 women from two rural Nigerian villages.

Richard Cooper, Ph.D., co-author of the study and chairman of the Department of Preventive Medicine and Epidemiology at Loyola, points out the exercise leads to increased food intake. "We would love to say that physical activity has a positive effect on weight control, but that does not appear to be the case," says Cooper.

According to Amy Luke, "Weight loss is not likely to happen without dietary restraint." Too often, we receive the message to simply exercise more to burn calories, perhaps causing some of the frustrations typically associated with weight loss.


Exercise is essential for good health, and the study does not recommend reducing physical activity known to prevent heart disease, diabetes, injuries from osteoporosis, and certain types of cancer. However, "Decreased physical activity may not be the main cause of our obesity epidemic," says Amy Luke, Ph.D., corresponding author of the study in the September 2008 issue of the journal Obesity. Luke believes the difference is in the type of foods consumed by Nigerian women, which includes high fiber and carbohydrates, and low animal protein, low fat. Chicago women were comparably found to consume higher amounts of processed foods in addition to forty to forty- five percent more fat, but were just as active as the Nigerian women were.

The study may not provide entirely new insight into weight loss, but it does drive home the benefits of reducing animal fat in our diets, focusing on fresh foods, while increasing our intake of fruits and vegetables when trying to lose weight. Exercise alone is likely to be ineffective for combating obesity, without dietary constraints.

Continue your daily exercise program, and make it a goal to keep your body moving in 2009. If your weight loss efforts have come to a screeching halt in spite of increased exercise, it may be the result of the type of food, in addition to the additional quantity consumed daily. Keep a food diary to make sure you are not compensating for increased exercise by eating more. The new study reveals that food may be even more important for weight loss than activity.

Source:
PHYSICAL ACTIVITY MAY NOT BE KEY TO OBESITY EPIDEMIC, LOYOLA STUDY FINDS
activity compared to diet for weight loss diet and weight loss Study Shows Activity may not Be as Important as Diet for Weight Loss