Video Game Addiction a Problem for One in Ten Youths 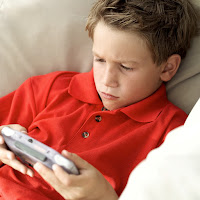 A new study shows that one in ten youths studied show problems associated with video game addiction. The study, from Iowa researcher and Assistant Professor of Psychology, Douglas Gentile, found that youth addicted to video games have a variety of health problems, perform poorly in school, and have difficulty paying attention to studies. Furthermore, video game addicts may even steal to support their habit.

Gentile used the same criteria set to determine gambling addiction. Playing video games is not a problem in itself. According to Gentile, playing video games becomes can become pathological. "It's not simply doing it a lot. It has to harm functioning in multiple ways."

The study results were extracted from a January 2007 Harris Poll survey that included 1178 American youths, age 8 to 18. The Diagnostic and Statistical Manual of Mental Disorders for pathological Gambling was used as criteria to establish addiction to video games. At least six of eleven symptoms were used to define video game addiction. Gentile found that 8.5% of the youths surveyed were addicted to video games.

Included were youth who played video games at least 24 hours per week, or twice as much as those who were not considered pathological gamers. In addition to health problems, and poor performance in school, youth who displayed pathological video game use were more likely to feel addicted. They were also twice as likely to have been diagnosed with Attention Deficit Disorder or Attention Deficit Hyperactivity Disorder.