BPA Found in Human Urine after Normal use of Plastic Bottles 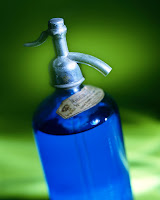 Whether or not to ban BPA (Bisphenol A) has been the subject of much debate, but a new study shows BPA was found in high levels in human urine, even with normal use of plastic drinking bottles. The findings could have significant implications for human health.

Lead study author Karin B. Michels, associate professor of epidemiology at HSPH and Harvard Medical School says, "We found that drinking cold liquids from polycarbonate bottles for just one week increased urinary BPA levels by more than two-thirds. If you heat those bottles, as is the case with baby bottles, we would expect the levels to be considerably higher. This would be of concern since infants may be particularly susceptible to BPA's endocrine-disrupting potential." BPA has been shown to affect reproductive hormones in animals. Finding BPA in human urine might suggest negative impacts on public health. BPA has also been linked to diabetes and heart disease in humans.

First author Jenny Carwile says, their study is timely, as States try to decide whether to ban BPA use in baby sippy cups and drinking bottles. “While previous studies have demonstrated that BPA is linked to adverse health effects, this study fills in a missing piece of the puzzle—whether or not polycarbonate plastic bottles are an important contributor to the amount of BPA in the body.”

The study showed that BPA increased sixty-nine percent in the student’s urine after drinking from polycarbonate bottles. The participants were given two plastic bottles to use for the one week of the study. The bottles were not washed in the dishwater, nor did the students drink hot liquids from the bottles, lending strength to the study results. This is the first study to show that BPA is found in human urine, even with normal use of plastic drinking bottles.

How to Avoid BPA