Posted by Kathleen Blanchard on January 20, 2010 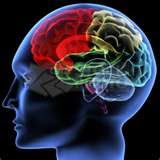 Calcium channel blockers are a class of drugs commonly used by heart patients to lower blood pressure, control heart arrhythmias and to help with healing after a heart attack. A new study shows that heart medications, specifically calcium channel blockers that cross the blood-brain barrier, can also protect from the development of Parkinson’s disease.

Calcium channel blockers known as dihydropyridines are the subclass of heart medications found to reduce the risk of Parkinson’s disease by 26 to 30 percent. Researchers analyzed a database that included 1,931 Parkinson's patients and 9,651 unaffected subjects, evaluating the effect of blood pressure drugs. The researchers found that only calcium channel blockers of the dihydropyridine subclass that crossed the blood-brain barrier provided protection from Parkinson’s disease.

"The key was to consider the mode of action of these drugs and whether or not they cross the blood-brain barrier," Ritz said. "Some do and some don't. We found that of all the hypertension medications taken by our study subjects, only the subset of dihydropyridine class drugs that cross into the brain, where they might be able to act on the calcium channels of neurons, provided a protective effect. This supports the idea that the mode of action of a given drug and whether it penetrates into the brain are important factors when studying drugs for neuroprotection."

Parkinson’s disease is a neuodegenerative disease that also has a hereditary component. Neurons in the brain that are important for the development of Parkinson’s disease and located in the substantia nigra have calcium channel blockers in the cell membranes, just like the heart. The heart and brain share a specific type of channel known as the L-type that make neurons function properly.

The study is the first to discover that commonly used heart medications of a specific subclass of calcium channel blockers could also provide protection from Parkinson’s disease. The heart medications could provide protection to the area of the brain known as the substantia nigra that is involved in movement control. Heart medications that protect from angina, irregular heart rhythms, and treat high blood pressure could also find a place for preventing Parksinson’s disease, pending further research. The medications can also lower blood pressure too much and could be dangerous for individuals with Parkinson's disease, making detailed studies important for patient safety.