Posted by Kathleen Blanchard on January 09, 2010 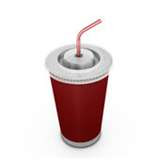 New research shows that forty eight percent of soda fountain drinks studied contained bacteria mixed in with the drinks. Most of the bacteria found in self serve soda fontain drinks were antibiotic resistant, making the findings especially disconcerting.

The scientists are not sure how bacteria wound up growing in self serve soda fountains. One theory is that contamination was spread from dirty hands. Another possibility is that bacteria are growing in the water line that gets into the beverages.

Forty eight percent were fecal bacteria – eleven percent of the bacteria were E.coli. According to Dr. Allana Levine from Hollins University, the biggest source of bacteria in soda fountains is probably from the water lines.

Thirty soda fountains were tested in the study – 30 percent were contaminated with some sort of bacteria. Dr. Levine says, “We all have bacteria living in our bodies and in our intestines normally. It really becomes more of a problem for people who have compromised immune systems.”

Obviously we need to wash our hands, and start thinking about regulations for cleaning out the water lines in soda fountain machines says Dr. Levine.