Ecopsychology of the Gulf Oil Spill and other Health News 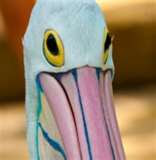 Ecopsychologist says Gulf Oil Spill Result of Disturbed Thinking
Dr. Michael J Cohen, an Ecopsychologist and program director of the Institute of Global Education suggests the gulf oil spill is the result of money addiction and exploitation of our natural resources brought about by disturbed thinking. Rather than cooperating with nature Dr. Cohen says we have become addicted to money and exploitation of our living planet. He suggests the gulf oil spill can be seen as a “terrorist sabotage-suicide act”, brought about by disturbed thinking that leads us to believe it is okay to destroy our natural environment. Emaxhealth.com

Olive Oil in the Diet Could Prevent Breast Cancer Recurrence
Olive oil can help women with breast cancer lose weight, an important factor to prevent recurrence of the disease. Scientists compared a traditional low fat diet among 44 overweight women with body mass index of at least 25 who were diagnosed with invasive breast cancer after the age of 50 to a traditional low fat diet. Adding olive oil to the diet not only helped with weight loss, but the women with breast cancer studied also found the addition of olive oil enjoyable and suitable to the budget - they also experienced less hunger. Emaxhealth.com
gulf oil spill ecopsychology Low dose hormone patch and stroke risk olive oil diet and breast cancer