Survey Finds Marijuana not a Gateway for Teen Drug use

Posted by Kathleen Blanchard on September 04, 2010
Researchers find that that pot smoking among teens is not a gateway that leads to harder drug use. Instead, policy makers should focus on other factors found in a survey that influence teen drug use, that include race, ethnicity, stress and unemployment

The biggest predictor of illicit drug use among teens was found to be race and ethnicity, according to research from University of New Hampshire. Pot smoking and use of illicit drugs among teens fades with lower stress levels, found from a survey of 1,286 young adults. 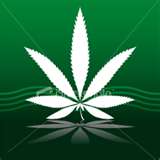 By age 21, the risk of marijuana's gateway effect to harder drugs subsides. The researchers say, “While marijuana use may serve as a gateway to other illicit drug use in adolescence, our results indicate that the effect may be short-lived, subsiding by age 21.

Interestingly, age emerges as a protective status above and beyond the other life statuses and conditions considered here. We find that respondents ‘age out’ of marijuana’s gateway effect regardless of early teen stress exposure or education, work, or family statuses.”

Ethnicity, rather than prior use of marijuana was found to be the biggest predictor of other illicit drug use  among adolescents.

Non-Hispanic whites, Hispanics and African Americans were most likely to use harder drugs. The highest incidence was among Non-Hispanic whites. The survey responders were Miami-Dade public school attendees in the 1990s.

The researchers say the notion that marijuana use among adolescents leads to hard drug use is "overblown". UNH associate professors of sociology Karen Van Gundy and Cesar Rebellon conducted the study.

One way to protect teens from drug use through employment. “Employment in young adulthood can protect people by ‘closing’ the marijuana gateway, so over-criminalizing youth marijuana use might create more serious problems if it interferes with later employment opportunities,” Van Gundy says.

The strongest predictor of illicit drug use among teens was race and ethnicity. Stress and younger age were also found to predict adolescent use of other illicit drugs, as opposed to marijuana use.

Journal of Health and Social Behavior, Sept 2010: “A Life-course Perspective on the ‘Gateway Hypothesis"
marijuana not a gateway to teen drug use mental health in teens no link to illicit drug use from marijuna pot and other illicit drugs