Posted by Kathleen Blanchard on October 30, 2010 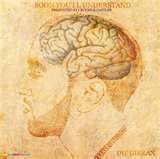 The findings are the first to find a relationship between genes and political thinking. The scientists examined 2000 subjects from The National Longitudinal Study of Adolescent Health. They looked at social networks and matched genetic information, finding a variant of the DRD4 gene leads to novelty seeking behavior and liberalism.

The DRD4 gene is a dopamine receptor - a chemical that controls movement, emotional response, and the ability to experience pleasure and pain. Dopamine has previously been linked to more liberal personality traits.

James H. Fowler, professor of political science and medical genetics at UC San Diego.and his colleagues hypothesized liberal thinkers have more friends during adolescence, exposing them to a variety of cultures and viewpoints. The result is more liberal thinking in adulthood.

Fowler says "it is the crucial interaction of two factors – the genetic predisposition and the environmental condition of having many friends in adolescence – that is associated with being more liberal."

The interaction between biology and environment is something Fowler hopes "more scholars will begin to explore." He concludes social environment cannot totally explain political attitudes. Liberal political views seem to come from a combination of social and environmental factors and is now linked to a specific variant of the DRD4 "liberal gene".