Posted by Kathleen Blanchard on January 09, 2011 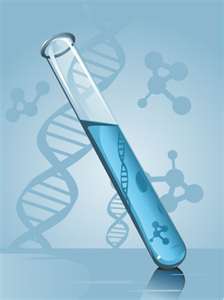 A national study shows consumers are willing to pay for  genetic tests to predict disease.

Researchers at Tufts Medical Center conducted a study showing that most consumers are willing to pay out of pocket to find out if they are at risk for diseases like cancer, Alzheimer's disease, or arthritis.

The findings, published the in journal Health Economics, found 76 percent of people surveyed would be willing to spend $300 to $600 for predictive health tests.

Peter J. Neumann, ScD, director of the Center for the Evaluation of Value and Risk in Health at the Institute for Clinical Research and Health Policy Studies at Tufts Medical Center says:

"This study brings us a step closer to understanding people's preferences and motivations for wanting a diagnostic test, even if it has no bearing on subsequent medical treatment. While we have to proceed cautiously in this area, given that tests have costs and risks as well as benefits, our study suggests that many people value information—both for its own sake and because they will adjust lifestyle and behavior choices accordingly."

Among the 1463 respondents who indicated their willingness to pay for health risk tests, the greatest interest was in prostate cancer screening (87 percent). Eighty-one percent indicated they would pay for knowing their risk of breast cancer, 79 percent for arthritis and 72 percent would want to know the chances of developing Alzheimer's disease.

The study participants were asked how much they would pay for the tests that assess individual disease risk based on genetic testing, whether they would take an test that might be "imperfect", and their willingness to pay for a "perfectly accurate" health risk test.

The researchers also asked the respondents about socioeconomic and health status, attitudes about risk factors and what they might do if they received a positive test result.

The results showed those with higher income were willing to pay more. Consumers also said they would pay for tests related to more serious disease, such as cancer.

Respondents indicated if they had a positive test result they would prioritize their lives and change behaviors that included, spending more time with loved ones (51%), putting their finances in order (48%), or traveling more (31%).

Twenty-four percent of those surveyed said they would not take a genetic test for predicting future disease. Others less inclined to do so included women with higher education levels and individuals who practice healthy lifestyle behaviors.

Those who didn't want to have such a test said it was due to cost, inability to prevent disease and the idea that they didn't want to live with the knowledge they might be at risk.

"By taking into account all implications of these tests— including the risks, costs, potential cost offsets, and the value they have outside of medical outcomes—we can build better policies and make better decisions about coverage and reimbursement, so that we may more accurately reflect patient preferences and appropriate uses of societal resources," says Neumann.